Unending Galaxy is an unique mix of space simulation and 4X strategy for Windows.

Explore a vast and dynamic universe in which the different factions conquer new territories, colonize planets, and conduct diplomacy. Start as a simple pilot and amass wealth through trading, mining, and fighting. Turn this wealth into new stations and warships that you will use to carve the frontiers of your own empire. Or do none of that and become a powerful pirate and war profiteer by turning other factions against one another, if you choose.

Unending Galaxy features a dynamic- and fully-simulated universe where the different factions interact in real time through trade, war and diplomacy. Their military production and expansion are tied to their economy in an ecosystem consisting of thousands of NPC ships populating hundreds of sectors. Global chains of events will also periodically shake the galaxy. 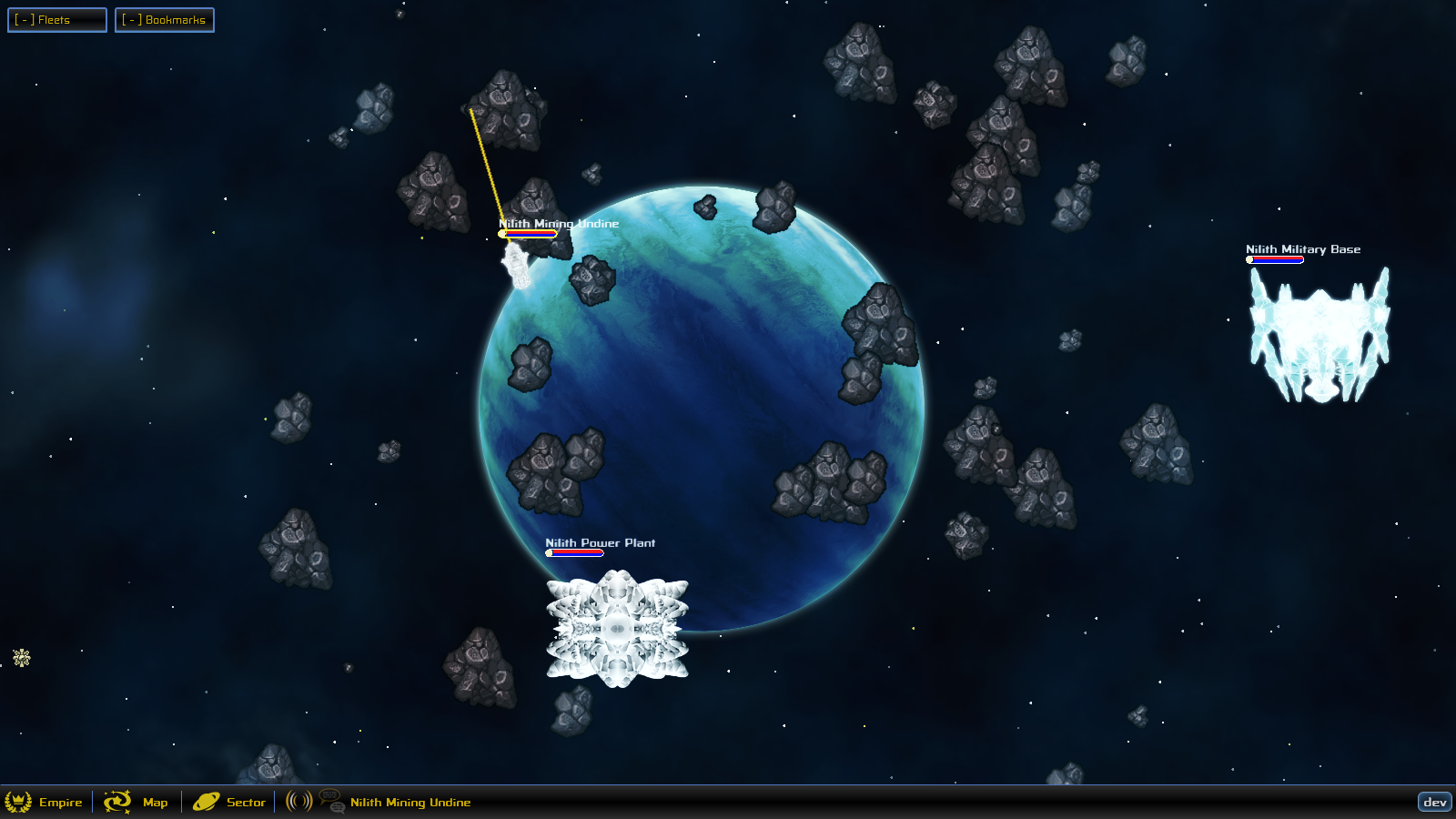 The game can be played from both the viewpoints of a pilot and of a faction.

As a faction, conquer valuable solar systems and asteroid fields using military fleets built by your shipyards using resources produced by your docks and colonies. Conduct diplomacy, sign treaties or back-stab other empires. 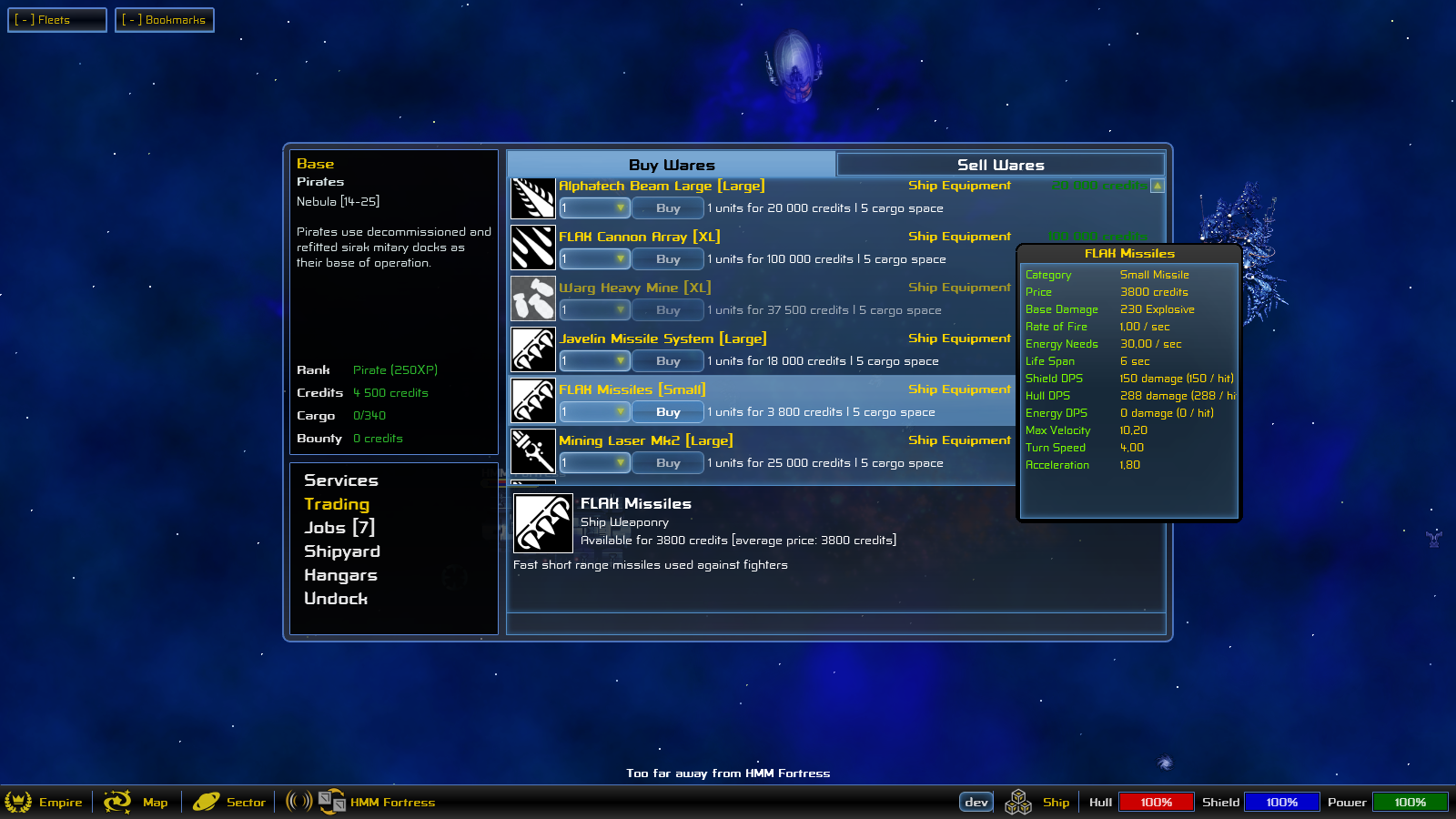 The player and the factions controlled by the game gain money not only through the production and trading of items and asteroid mining, but also through piracy, smuggling, bounty hunting, scavenging, and even hunting space creatures. Some factions are more focused on some of these methods than others.

Planets host colonies that contribute to the economy and military of their respective owners. 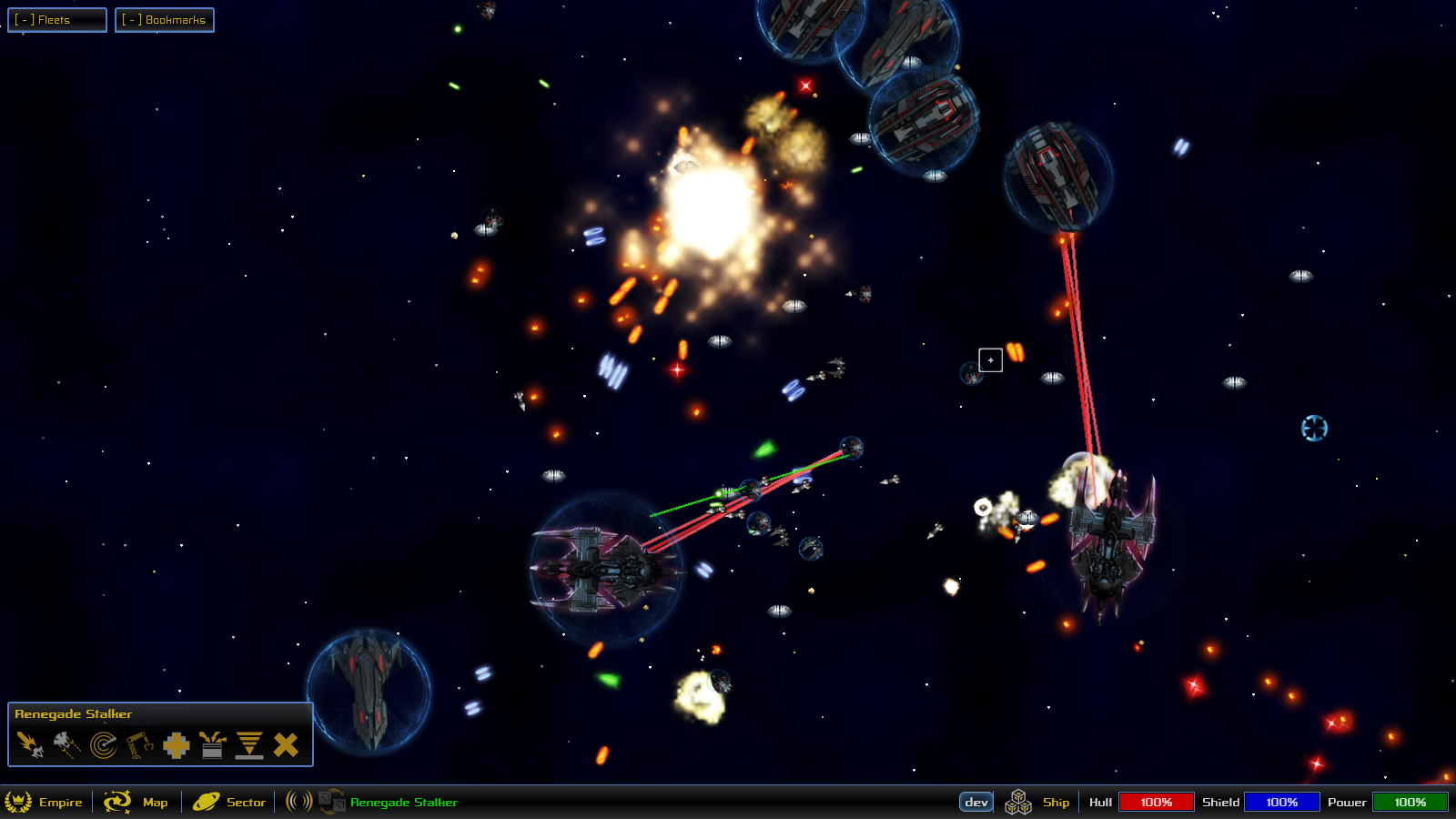 Control multiple ships and switch between them at will in real time with active pausing.

Unending Galaxy features over 115 different ships ranging from tiny fighters to large battleships and carriers. Use shields and weapons like laser beams, homing mines, missiles, particle cannons, and plasma launchers. Quickly give orders to your ships through keyboard shortcuts or with your mouse on the map (with standard real time strategy game controls) in battles ranging from small skirmishes to large fleet confrontations. 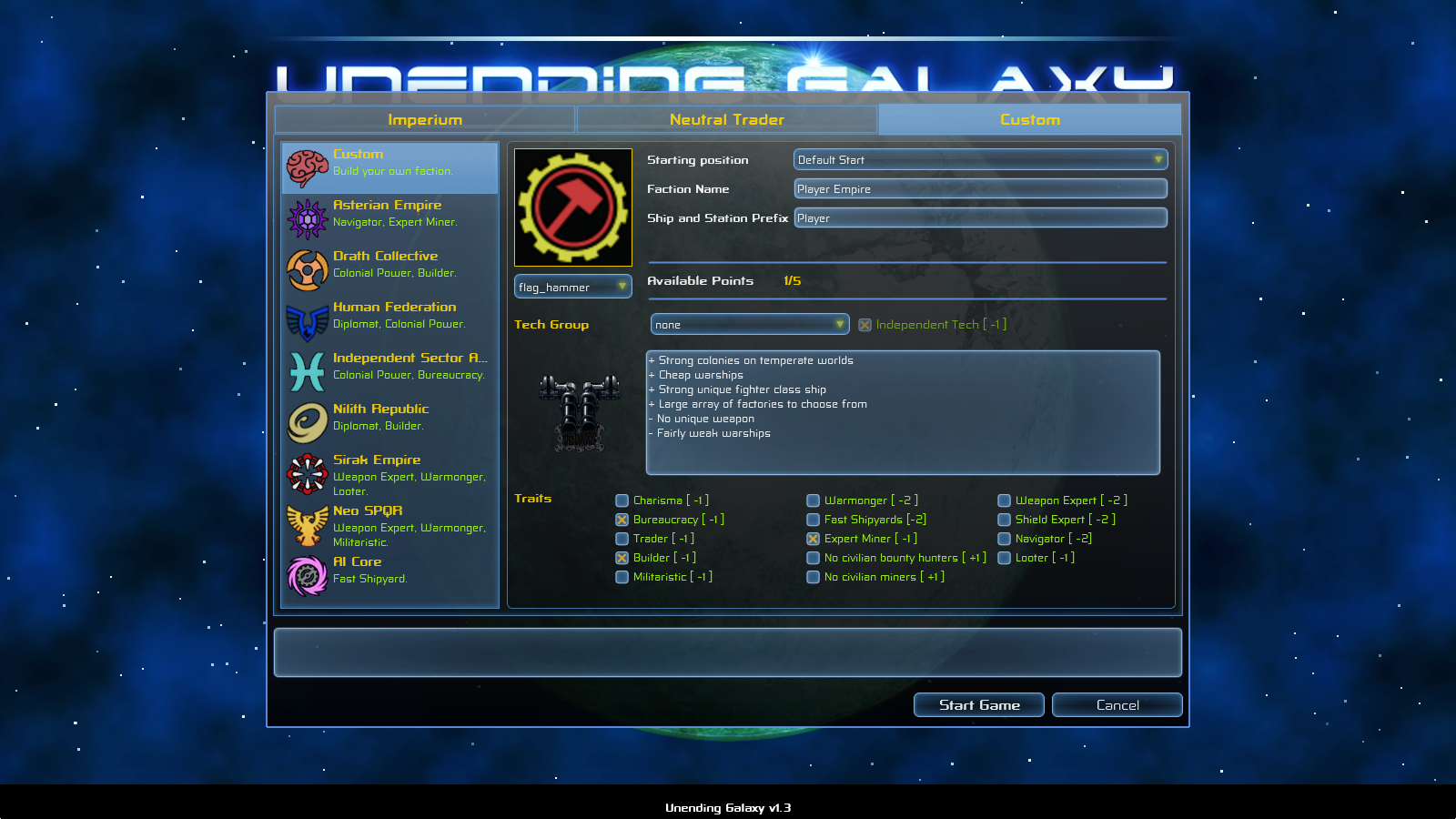 Select one of the 12 playable factions available tech groups and customize your faction with unique abilities, laws and traits. Play on 8 hand-crafted maps or using the map generator. Customize the game with different rules, set the initial expansion and funds of the other factions.