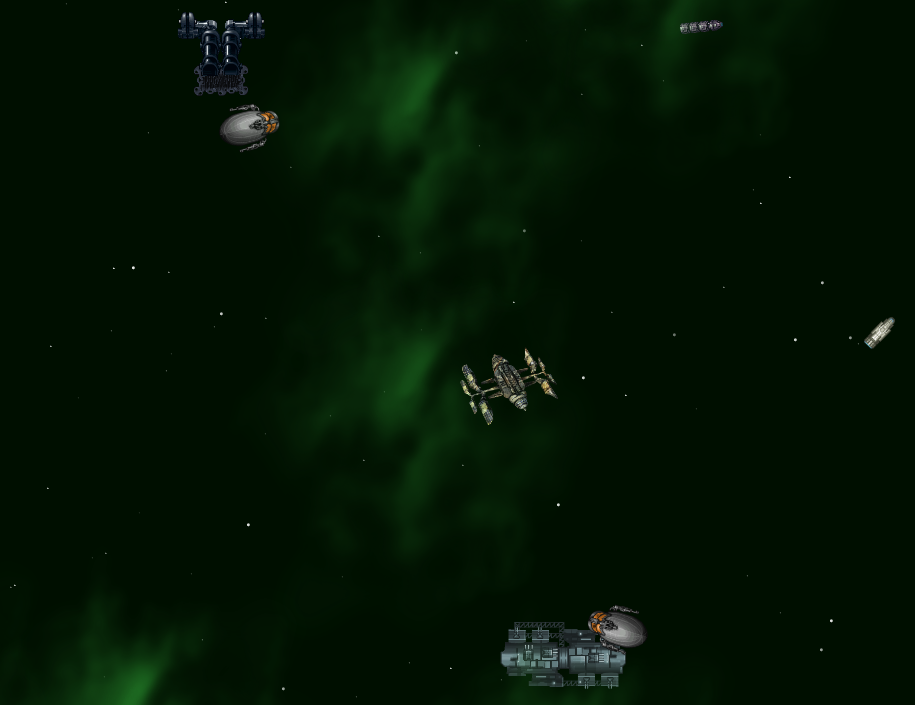 General news about the Beta 1

But first, no game breaking / crash bug reported so far, and only a few misc issues. The game also stayed in the Top 100 of IndieDB during 5 whole days (got up to the 9th position).  We also got donations (you’ll receive an email and the game editor shortly), thank you very much ! A short let’s play has also been published on Youtube. All this with basically no advertisement or press release. I initially thought of making one, but I’d rather wait for beta 2 (in 2 to 4 weeks, roughly), so the game has more content/missions, and other default settings defaults in the new game menu.

The documentation has also been updated. Some parts are still missing, but all in all, it should be enough to understand what’s going on. The forum has been updated too, I will publish the design documents there from now on. One related to the beta 2 has been posted.

Let’s get to what I did instead of taking a week off. 🙂 So, Unending Galaxy, until now, had a “shoot’em up” style control scheme. And while I like the idea in theory, in practice it’s not that good. More to the point, all ships fly exactly the same, only at different speeds, which is boring. So, I switched to a more appropriate flight model / controls. You accelerate and decelerate with the W and S keys, and you turn left and right with Q and D. In maths speak, we now have a vector based kinematic movement system. Also you don’t need to keep a direction key pressed to keep moving anymore, it’s also much easier to stop or slowdown. I initially thought it would be more CPU hungry than it was before. And nope, it works well so far.

An interesting side effect, I can predict where an object is going to be in X units of time based on its current trajectory. CPU controlled ships now follow, move, and chase more efficiently, and later on they will aim better too. It is possible to make that pilot / role / trait dependent as well. Could also be learned in successful combat.

While at it, I also added some code to prevent ships from going out of the sector bounds. It’s not perfect, AI ships can be cornered a bit too easily, but it’s still much better than before. Also, I added a new “fighting” stance: In combat, a ship will try to intercept its target before moving away while staying in weapon range, it “acts” better comparatively to the previous combat model. In general, ships, bullets and missiles have more appropriate trajectories, But i will need to update their stats, again, I may add new ones too.  Later on, the same system will allow me to add proper formations, at least if it’s not too CPU hungry.

In other news, I replaced a few dock sprites by better ones. I also added a few new ships for testing purposes 🙂

Also, from now on, I am going to publish irregular “nightly builds’ on the forum in zip files. They act as a patch, so you need Beta 1 installed. They will usually showcase a feature, like now. Be warned that these builds may be buggy or incomplete. Bug reports, are welcome.