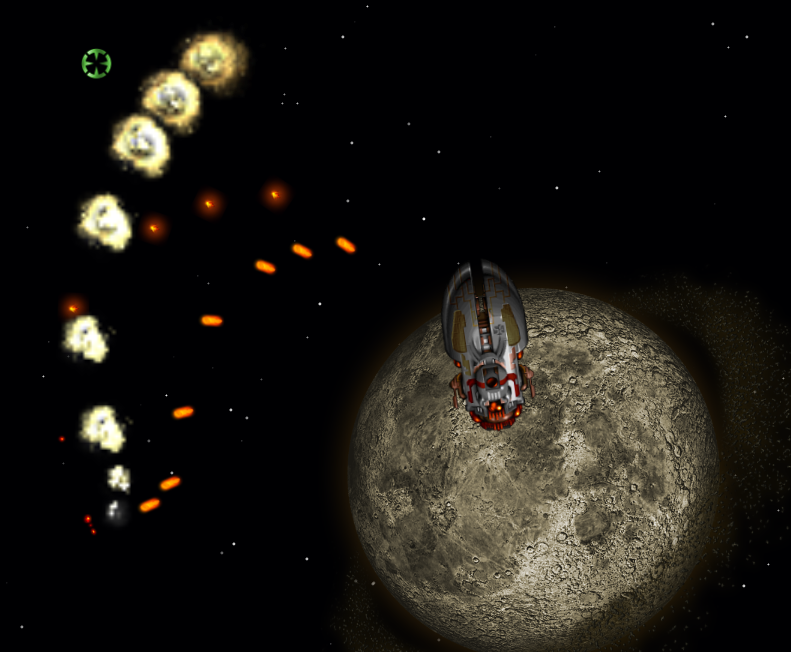 This is going to be the last devlog of this year. It’s unlikely I will code enough to warrant a new post between Christmas and the New Year’s Eve. It has been a very rough year for me and my family and I couldn’t put as much time in Unending Galaxy as I wanted to. Still, I am still pretty happy with how things are going.

Barring any unexpected massive issue, Beta 2 should be available shortly after the next devlog in early January.

Anyway, let’s get to what has been done this week 🙂 Pirate bases and pilots are still the main focus. I added a new dynamic mission that is published when a bounty hunter venture in the vicinity of a pirate base. So far we have four mission types provided by pirates bases. Smuggling type missions are still missing, but it is a trivial task to add. And more missions will be added gradually (and not only in beta 2).

More importantly pirate bases now offer various services. Two have been implemented so far: It is possible to ask a pirate base to (try to) destroy a dock for you, or to repair your current ship. More services like the ability to hire escort ships or to get rid of a bounty will be added too. Such services can be either paid with credits or with influence points (IP) which are gained by completing missions for the guild.

Also, granted you are is a member of the guild, other pirate pilots will tell you about available missions, making it possible to accept some of the missions without having to go back to a pirate base.

There’s still some work to be done on the pirate side, especially diplomacy wise, but most of the general principles are implemented now, which should leave me just enough time to improve the other side of the coin, the police.

Also, I added categories to weapons (as in primary, secondary and special). It has no real effect on the player, however it makes my life much easier when equipping ships with weapons automatically. Beforehand, weapons were (mostly) randomly selected, meaning that a capital ship could, if unlucky, only use missiles or mines. It also prevented me from adding weapons that would only damage shields in fear the a ship would end up with those weapons only.

Now, missiles, and some of the new anti fighter AoE weapons are labeled as secondary. Lasers and bullets are usually labelled as primary. And unique weapons like the new mines or the shield disruptor are labelled as special.

AI ships will equip weapons accordingly. In instance, a battleship with 8 slots will try to install 4 or 5 primary weapons, 2 or 3 secondary weapons and one special weapon. If it cannot fill a slot (because the faction has no access to a special weapon of this size) it will install a weapon from the upper category.

In other words, expect many new weapons now that the AI has the tools to equip relatively good weapon combos 🙂 I also added new creatures. The live in large hives usually located in nebulas outside of populated sectors. While weak, mynocks are still aggressive and will defend what they consider their territory to the death. I still have to link them to the economy by making them drop something useful and adding relevant hunters if need be.

Right now hives just act as hostile military bases, but once if find some time, I will probably tweak their behavior a bit. Also, I still need to add some respawn mechanism that doesn’t look too artificial. I’ll probably use something similar to swarm queens. 
There’s also a bunch of small improvements, optimizations and bug fixes. For instance, the Asset List menu is more friendly to the eye and offer more information about your ships and stations. The main UI is a bit better looking too.

I fixed some issues when switching ship (automatically disable the AI, reset weapon settings, fix selection). Mission targets also appear in all view modes properly now. Carriers and military bases should handle their wings better too (they had a few unhandled issues).

I did another optimization pass as well greatly reducing CPU cost of many ship operations, including path-finding. As usually, there’s still some more work to be done, but hey, the game runs quite well already given the massive amount of ships and docks it manages.

I think that’s all for now.

I wish you a merry X-mas and a happy new year !