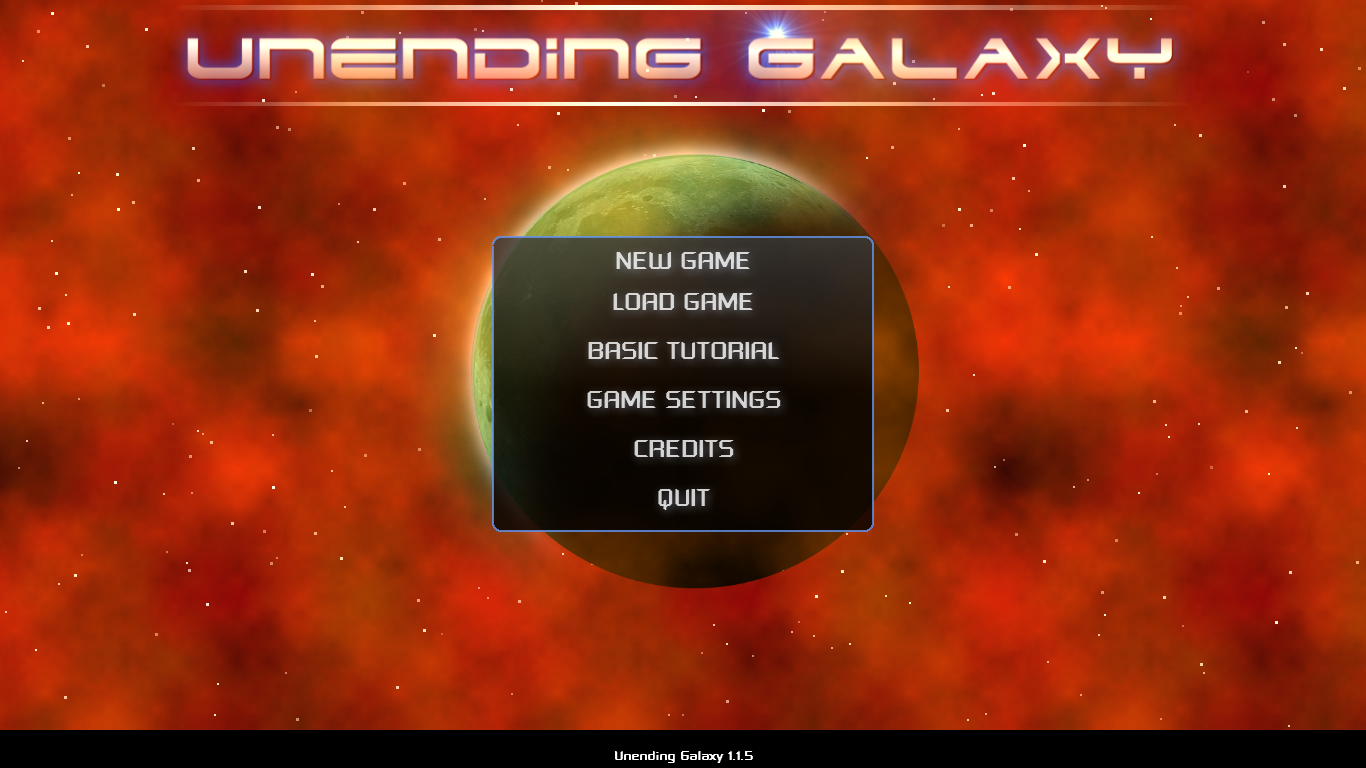 Unending Galaxy 1.1.5 has just been released !


This release is a major improvement over the last official 1.1.0.6 version. Beside fixing many issues detected by our users on the forums (thank you all for your help), it improves the user interface, makes managers more useful, adds new graphical settings and many other requested features.

Also included in the Deluxe Edition are two new maps, a whole new powerful and playable faction, the Ceridan Empire, and a new ‘colonization type’ scenario. It also unlocks a new special chain of events that will cause the Ceridans to appear in your galaxy. Ceridans are a complete faction with its own economy, stations, factories, tradings goods and ships. They do, however, use standard weaponry. All Ceridan docks are armed, factories included. Their ships are amongst the best in the galaxy, however they don’t use carriers, meaning that Ceridan military fleets are probably a bit easier to overwhelm than others.

But what really makes them unique is that, contrary to the other factions, the Ceridans won’t be present in the galaxy when you start a new game. Depending on how the galaxy is generated and what is going to happen, they may appear on their own (rarely), by your actions or not at all. It’s probably easy to guess how to make it happen if you already know the game well.

The Ceridan tech group is playable and a scenario has been added so you can try out the faction yourself.

As detailed in the previous devlog, the deluxe edition features two new hand crafted maps. They may not be extremely well balanced yet, or missing the level of detail that has been put into Imperium, but I see no reason why I would need to delay the release any longer. It’s a large symmetrical map. The Draths are besieged by the other factions which are themselves besieged by the AI Core. All in all, it’s a fairly classic map. It will synergize well with a planned feature, namely the ability to play as a specific faction. This is a medium sized map. The twist is that most asteroids are located in the pirate controlled nebulae. As such, securing your ore supply may be a tad difficult. Also, the central solar system is home to the Swarm, another potential problem if left unchecked for too long. I found it to be quite a fun map to play on so far. To accommodate maps like Ore Belt where faction will end up with a lot of factories pirate sectors, the military AI has been modified. It should be able to defend endangered assets in foreign sectors. It hasn’t been extensively tested as it’s part of a much larger military overhaul that will happen in version 1.2 and onward. The building manager has also been slightly improved and will favor building your tech group’s factories over generic ones when it has the choice between the two. It also focuses way more (probably a bit too much) on getting ship part production going. Those improvements are both for you and the computer controlled factions.

The way you navigate the galactic map has been slightly changed so it synergize better with the sector info panel. From now on, a single click will select a sector, a second click will make you zoom in.

A new, somewhat rare ore, titanium, (which is the heart of the Ceridan economy) makes its apparition too.

Mods made for previous 1.1x version are compatible with 1.1.5. Savegames, however, aren’t directly compatible. It is possible to import an old savegame like this:

Understand that I cannot guarantee that this method will work well or even at all. And please, do not post bug reports about games running on such savegames, thank you.