END_OF_DOCUMENT_TOKEN_TO_BE_REPLACED

As I’ve been working on making a decent looking map generator for After the Collapse over last month, this article will serve a multi-purpose goal of being a devlog, a coding tutorial for other programmers, and a modding tutorial for you guys. We’ll be talking about making good looking buildings using procedural generation and putting everything needed in a small, human-friendly text file. I’ll try to keep it simple and understandable for anyone, even without coding experience.

END_OF_DOCUMENT_TOKEN_TO_BE_REPLACED

This is a design document explaining After the Collapse‘s game flow. As we’re still way before the alpha stage, not everything is set in stones and is still subject to changes. That being said, while details may vary, it will still give you an idea of how the game is going to play. It will also put the devlogs into context. Comments are welcome, of course.
END_OF_DOCUMENT_TOKEN_TO_BE_REPLACED

This was a decent week. I implemented the two most fundamental parts of any base building game: the ability to store resources in zones for later use, and factories able to convert basic materials into more useful items. Settlers’ ability to move resources around accordingly seems to be working properly. I can have multiple active ‘factories’, building locations and storage zones simultaneously and required goods get moved around without performance or logic problems.

END_OF_DOCUMENT_TOKEN_TO_BE_REPLACED 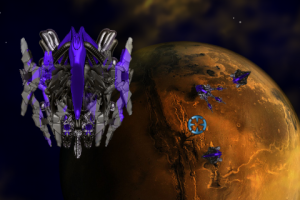 First, a reminder that Unending Galaxy has been submitted to Steam Greenlight, so please consider giving it your vote, that would help immensely. People who already bought the game on other market-places will get a free key when the game gets released on Steam. And in case you missed the post, the 1.0.0.1 version has been released too.

That being said, let’s see what awaits us in the next phases of development. Of course, we’ll have a few maintenance patches to fix and improve the existing stuff, but that shouldn’t take very long. What we’re going to see here are more long term and larger themes. As with all posts labeled “design”, those are general ideas that may be either integrated fully, with modification or even discarded entirely. I do not have an ETA for those general ideas, and you are welcome to comment and contribute. Also, note that I am going to take a couple weeks of (much needed) vacation, and as such, I won’t be as responsive as you’re used to this month.

END_OF_DOCUMENT_TOKEN_TO_BE_REPLACED 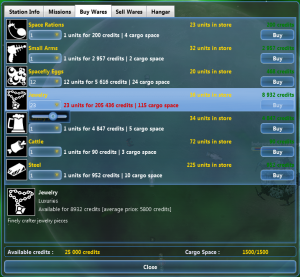 Sorry for the small delay, I made the mistake of launching Crusader Kings II, and well, restoring the roman empire took a bit longer than expected (freaking HRE who decided to be a stable and powerful blob for once). And many thanks to those who bought the game on itch.io or donated. Beta 2.1 seems to works okay for most if not all of you, which is good 🙂

Anyway, it is time to deal with the trading part of things, and there’s a lot of ground to cover. This post will discuss what I am doing now and what are the goals for the beta 3. Hopefully it should be released before the end of the month.

edit: I removed the discus comment system on the website and put back the old one. Discus was getting out of hand and calling scripts from dodgy and privacy invasive websites. Also replaced and improved some other features of the website, and added an option to subscribe by email. The mobile version should be easier to read and navigate too.